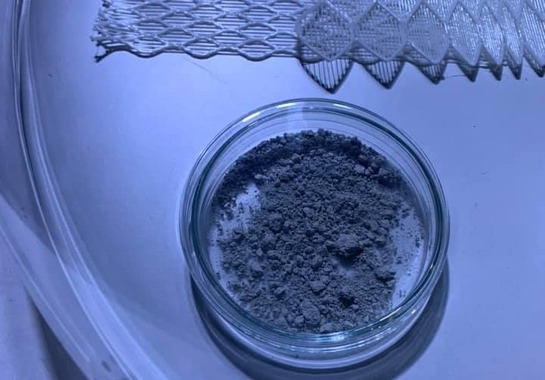 CO2pure is a patented mineral compound, which when added to materials such as paints, coatings, clothing dyes, resins and elastic polymers (gums and rubber) is able to absorb and mineralize greenhouse gases such as carbon dioxide (CO2) and nitrogen oxides (NOx) into a matter that is harmless to the environment and human health.

Paints and rubber / rubber-like materials treated with CO2pure are more durable and protect against harmful UV rays during sun exposure and environmental changes. The processes of chemical carbonation and of photocatalysis which eliminate carbon dioxide (CO2) and environmental NOx will remain active for as long as the treated material remains exposed to the contaminated environment and becomes harmless to health.

The potential market for the CO2pure patent is very wide since the paint is applicable to facades of buildings, interiors, roads, road signs, vehicles, coatings, dyes (such as clothing), not to mention the application in tyres, shoe soles, pipes, etc.

A football stadium painted with CO2pure, approximately 10.000 m2, eliminates approximately 2.3 tons of carbon dioxide and nitrogen oxides per year. The absorption and elimination will depend and will vary depending on the existing contamination and the environmental conditions in each place where the product is applied.

CO2pure also has strong applications in the textile space. There are several methods for applying CO2pure additive to textiles. The most used method is padding and dry curing. Broadly speaking, it consists of using a soft polymer resin (to act as a ligand), a thickener (to keep the CO2pure in suspension), water, CO2pure and a tank for mixtures. Once the textile has passed through the tank, it dries to polymerize the resin. Another method is by primer, which uses a textile with a pattern to be chosen by the user and as the last process, a thin layer of coating with CO2pure is applied throughout the textile consisting of soft polymeric resin, thickener, CO2pure and water.

The advantage of Primlab's additive is that it works during the day and the night, it is safe to handle, can withstand high temperatures, and does not contribute to producing more CO2.

Primlab was awarded the research and development prize in the category of Chemistry at the EXPOQUIMIA 2017 awards for CO2pure.

Several companies such as Welspun India, Kamasana and several others are already using CO2pure additives in their products. CO2pure is OEKO-TEX certified for leather and textile use. Primlab is supported by the European Union European Regional Development Fund.

Molecular biologist engaged in the fight against climate change, a better human health with food products and bringing new solutions for sustainability and ecological impacts.

Trademarks and copyrights are owned by Primlab and information is based on publicly available data. Ubuntoo is not affiliated with Primlab

Carbon Capture in the oceans by restoring ocean chemistry

Capturing CO₂ directly from air and synthesizing it into transportation fuels

DAC in a Box

Capturing carbon dioxide from the atmosphere for beverage applications