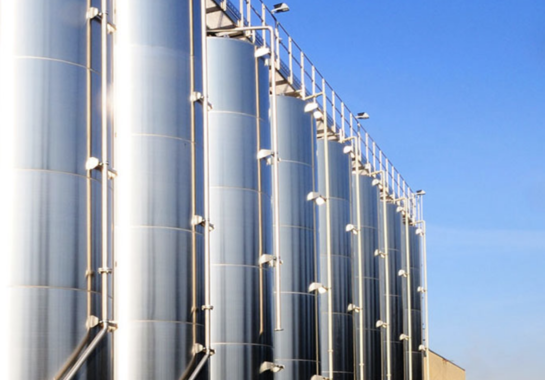 Of Italian origin, Garbo is an industrial company active since 1997 and operates mainly in the sector of recovery of abrasives and suspending based on polyethylene glycol deriving from the cutting of silicon wafers used in the production of semiconductors and photovoltaic modules.
Since 2006 Garbo has increased the development of other highly innovative technologies for the regeneration of materials, landing to ChemPET project.

Despite its properties, most of the PET in circulation is still difficult to recycle due to a number of technological barriers. Only 10% of the PET placed on the market (recycling bottles) is recycled, while the remaining 90% is disposed of in landfill or incinerated simply because, with a mechanical process, it is not possible to obtain a secondary raw material with a value that justifies the recovery treatment.

Garbo S.r.l., in collaboration with the University of Modena and Bologna, has developed an innovative “chemical recycling” process, called ChemPET, capable of handling almost all the currently non-recoverable PET based waste. Through a chemical reaction, the PET, present in the pre- and post-consumer waste, is reacted selectively with ethylene glycol and transformed into an intermediate product called BHET (bis-hydroxy-ethylene-terephthalate) which, if adequately purified, can be used again for the production of PET in place of raw materials of fossil origin.

Materials PET based that can be recovered with the ChemPET process are:

Garbo's glycolysis process produces a pure and competitive PET monomer, which can be used in the production of PET instead of fossil-based raw materials (PTA and EG).
A pre-industrial production line is being started and validated (three tonnes per day, or 1,000 tonnes per year). Polycondensation tests are planned in the short term with a percentage of recycled monomer up to 100%.

The company owns a site in Cerano, in the Milan region, where industrial equipment could be envisaged in 2019, with a processing capacity of up to 200 tons / day on two lines.
Garbo also plans to install another recycling line in France or Benelux, as well as in other parts of the world if supplies can be guaranteed. The economic model is based on recovering waste with no value or negative price recovery.

Alain Leiser
Where did you get you recycling number from? According to PCI WoodMackenzie report 55% of the blowmoded PET is collected for recycling. 2/3 of it being recycled in the polyester fiber.
about 3 years ago

Devis Mazzucco
Your numbers are right: in 2017 in Europe 3.3mtonnes of consumption vs 1.9mtonns collected, but only for bottle. What about the recycling rate of PET trays, PET film, Polyester textile or other PET based product? No sorting and no recycling.
about 3 years ago

Trademarks and copyrights are owned by Garbo and information is based on publicly available data. Ubuntoo is not affiliated with Garbo