Ubuntoo position on biodegradable plastics
The term "biodegradable" has been used over the past few years, to describe plastics or packaging that could potentially be metabolized by microorganisms in nature, with complete breakdown to CO2/Methane, water and biomass. However, there is significant confusion and controversy surrounding biodegradable plastics since many suppliers have used the term to loosely describe their material/packaging without specifying the conditions under which the material would degrade in nature. For instance, some plastics (like PLA) will only degrade under industrial composting conditions, while some others (like PHA) can break down under a wider range of conditions and environments (industrial, backyard, marine). Given this widespread confusion and the misuse of the "biodegradable" term, many global government and industry organizations have issued guidelines to restrict or eliminate the unqualified use of biodegradable as a descriptor of plastics or packaging. These include the European Commission guidelines (European Plastics Strategy) and the Federal Trade Commission Green Guides in the US.
In line with such guidelines, Ubuntoo's recommends that companies providing biodegradable materials, products or packaging:
1.Avoid unqualified use of the term "biodegradable" to describe their products
2.Any claim of biodegradability should be accompanied by a description of specific conditions and environments under which the material or product will undergo degradation in nature
3.It is strongly recommended that companies provide globally accepted certifications or testing for various biodegradability claims (such as the BPA certification for industrial composting)
Further in line with the position articulated by the European Commission as well as major CPG companies, Ubuntoo recommends that "biodegradable" plastics should not be considered a solution for littering (or worse a license to litter). Appropriate collection and end-of-life solutions (such as industrial composting or home composting) need to be put into place to avoid biodegradable plastics ending up as litter in the environment.

Thank you for your interest in Ubuntoo. You need to create an account to continue. 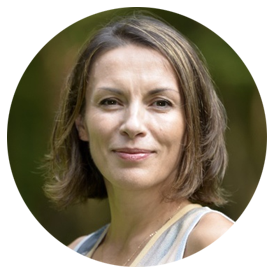 Unilever - Building Sustainability into the DNA of a company


"it is not about putting purpose ahead of profits, it is purpose that drives profits" quoted CEO Alan Jope.

Unilever, the Anglo-Dutch consumer products and foods company, is universally recognized as one of the most sustainable companies in the world.
Paul Polman, CEO of Unilever from 2009 until 2018, had been a highly visible and committed advocate of sustainable business. Jean-Marc Huët, Unilever's CFO had quoted “We’re very much focused on making sure our finance people can understand and identify the impacts of societal and environmental factors on strategic growth, access to capital markets, on working with governments and regulators, and in making sure we’re competitive against our peers.”

Unilever’s sustainability efforts are described in the Sustainable Living Plan, an ambitious plan launched in 2010 to improve health and well-being, reduce the company’s environmental impact, and enhance livelihoods. By 2020, the plan’s goals are to help more than a billion people improve their health and well-being, halve Unilever’s environmental footprint across its value chain, and enhance the livelihood of millions of people (especially smallholder farmers).

All these past years, Unilever has posted strong set of annual results for its 'Sustainable Living' brands portfolio. In 2018, they accounted for a record three-quarters of the company's turnover growth. The consumer goods giant’s Sustainable Living division, which aims to integrate sustainability into the group's products and values, now covers 28 brands after Close Up, Wheel, Calve and Bango were added to the portfolio in 2018. According to Unilever, on this collection of brands, they grew 69% faster last year than the rest of the business. Seven of the consumer goods giant’s largest brands – Dove, Knorr, Persil, Sure, Lipton, Hellman’s and Wall’s Ice Cream – notably fall within the Sustainable Living brands division.

Responding to the latest figures posted by Unilever’s Sustainable Living brands division, chief executive Alan Jope said they are “clear and compelling evidence that brands with purpose grow. Purpose creates relevance for a brand, it drives talkability, builds penetration and reduces price elasticity. The fantastic work done by brands such as Dove, Vaseline, Seventh Generation, Ben & Jerry’s and Brooke Bond shows the huge impact that brands can have in addressing an environmental or social issue. But talking is not enough. It is critical that brands take action and demonstrate their commitment to making a difference.”

Unilever claims that while all of its brands are “on a journey towards sustainability”, Sustainable Living brands are “those that are the furthest ahead” in that they “communicate a strong environmental or social purpose”. Dove, for example, is running an ongoing campaign to help deliver self-esteem education to young people, while Vaseline has provided skin healing programs to three million people affected by poverty and natural disasters.

Several of the Sustainable Living Brands have notably achieved B-Corp certification, including Ben & Jerry’s, which has vocally campaigned on issues such as the Paris Agreement, onshore wind in the UK and aid for refugees. In 2018, they have also pursued their sustainability journey by taking important steps towards a circular plastic economy, closing the loop on plastic waste with several initiatives.

When the USLP framework expires next year, the company will unveil a new set of targets, created after an engagement exercise with more than 40,000 of its employees. The aim of the exercise was to create a collaborative framework which prioritized the action areas which staff either consider personally important or where they believe the company could have the most impact.

One of the key targets of the new strategy will be for all Unilever brands to become purpose-led, after the company’s own consumer research found that two-thirds of shoppers are now choosing brands due to the stands they take on key social issues. This trend was found to be particularly pronounced among the millennial generation, with 90% saying they would switch consumer goods brands in order to champion a cause through their purchase.

Indeed, several other pieces of research have also concluded that millennials – who will account for 75% of the UK’s working population by 2030 – want to buy from companies that have a purpose beyond their products and operations.

We use cookies to give you the best experience on our site. By continuing to use our site, you are agreeing to our use of cookies.

You have days Remaining in your free trial

Your free trial is over

Join the forums, collaborate in private "greenhouses", stay abreast of policy changes and much more

Join the forums, collaborate in private "greenhouses", stay abreast of policy changes and much more